What is the wine for the East Austrians, is beer for the Innviertler: In this hilly country on the border with Bavaria, the barley juice has always played a central role. Here sit breweries that dominate their craft, here live people who appreciate a good beer.
The concentrated art of brewing is bundled in the "Beer Region Innviertel", an association of brewers, landlords, tourism and business. All with one goal: to preserve and promote the beer variety of the region and to sharpen the Innviertlern itself as well as the guests the taste for the true treasures of the region.

The "Beer Region Innviertel" was launched in 2012. Brewers, restaurateurs, tourism and business in one boat - what was at that time surprising and new turned out to be the right decision. "We have come to preserve beer diversity and small, regional ones Today, we have significantly more beers and more breweries, "says Andrea Eckerstorfer, who is responsible for the Bierregion project.
The beer region also finds confirmation in a study by the Market Institute published in the previous year: In this, 72 percent of beer drinkers state that the most important thing when buying beer is that the beer comes from their immediate vicinity. 57 percent make their purchase decision depending on whether they have ever visited the brewery.
With its dense network of breweries - the densest in Austria - the Innviertel is well positioned here. Regular tours are offered in the family-oriented breweries. In Biermärz, these are also free.
The brewers also know what they have about their regular customers.

View over the beer mat
Likewise, the beer region also wants to convince guests from abroad of the quality of the Innviertler beers. The best vehicle for this is the Biermärz, to which the guests partly arrive from far away. Multi-day events provide an opportunity to get to know the country and its people.
Gerald Hartl, Managing Director of the tourism association s'Innviertel, said: "We would like to gain even more overnight stays in the course of the Biermärz." Together with the tourism association Ried, packages for different target groups were increasingly put together this year, including: wellness offers, art and beer Workshops, music and cabaret, beer menus and more.
Even with (raffle) promotions on social platforms such as Facebook and travel and tourism fairs, the guests are made aware of the Innviertel beer landscape.


Beer is (also) a woman thing
From the beginning, the beer region also targeted women as beer consumers. Andrea Eckerstorfer: "We know that women consume beer differently than men. They are doing it
It's more about trying out, which is why most people prefer smaller glasses and are also open to new things such as beer cocktails. "At the Ried two-day" Ladylike Special ", women get a glimpse into the world of beer, tastings, glasses and food pairing ,

Everything has always been "craft"
Those who like to experiment can choose from a wide range of beers in the beer region: the brewers involved produce more than 80 different beers - and did so before the current Craftbeer wave swept across the country.
Artisanal brewing has always been here; Trendy varieties such as India Pale Ale, Trappist beer or alcohol-free wheat beer make you want to try it out. A common product of all beer region brewers is the "Aper", a dark, well-hopped Märzen beer with 5.4% vol. Alcohol, which will again be served exclusively at Biermärz events this year. 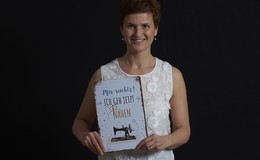